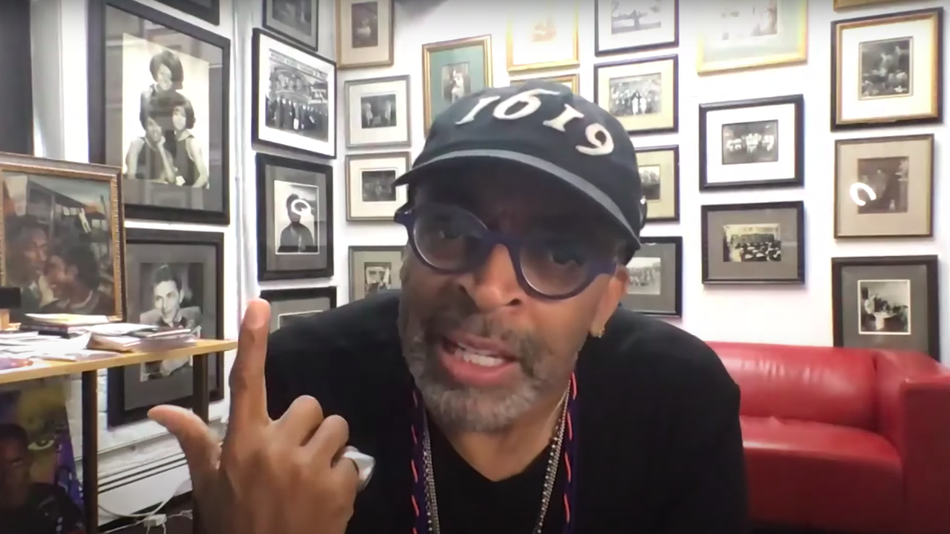 Acclaimed director Spike Lee has now put their appallingly familiar stories of racism and police brutality side-by-side in his confronting new short 3 Brothers — Radio Raheem, Eric Garner And George Floyd. As Lee told Tonight Show host Jimmy Fallon, Radio Raheem is a fictional character from his 1989 film Do The Right Thing, but his death was based on Stewart’s.

“When I saw Eric Garner, I’m like, ‘That’s Ray Raheem based upon Michael Stewart!'” said Lee. “And then to see our brother King Floyd, and I know that he saw what happened to Eric Garner. So he’s seen that in his mind as his last eight and a half minutes are being suffocated out of him.”

Lee expressed hope that things might actually change now, saying that “it’s not just black and brown people” protesting anymore, but young white people as well. “So I’m very, very enthusiastic that people around the world were galvanised by the horrific murder of George Floyd in saying, ‘No no no.'”

However, Lee acknowledged that it wasn’t enough just to protest. He further stressed the importance of voting, stating that “this presidential election will be the most important election in the history of the modern world.”

He also had advice for Trump amidst this crisis: Sit down and shut up.

“If I may say, sometimes I just think that he should just be quiet,” said Lee. “For him to talk about, to speak for George Floyd looking down from Heaven, saying that this is a great day in America? Just don’t say nothing! Stop! You should not be talking about — you should not be speaking about our brother!”

Tottenham chief Daniel Levy is ‘as smart as paint’ for taking out £175m loan amid coronavirus pandemic, says Simon Jordan